On 8 December 2022, the European Commission announced a grant to Fluxys Belgium, North Sea Port and ArcelorMittal Belgium of 9.6 million euros for research on a CO2 terminal in Ghent combined with a CO2 pipeline network to Wallonia.

The concept is to create openly accessible infrastructure under the name ‘Ghent Carbon Hub’. This will include a CO2 storage and liquefaction terminal in Ghent and a CO2 pipeline network. The liquefied CO2 is then loaded onto ships for permanent storage at sea. Ghent Carbon Hub will have the capacity to process 6 million tonnes of CO2 each year, which represents about 15% of Belgium’s industrial CO2 emissions.
As part of the expansion of Belgium’s CO2 infrastructure, and supported in part by the grant from the European Commission, Fluxys is developing a link between Mons and Ghent to provide export opportunities for companies that produce CO2 in Wallonia.

The EU grant for the study from the Connecting Europe Facility for Energy (CEF-E) funding programme is an important step towards the final investment decision, which is expected in 2025, and the anticipated start of construction in 2027.

The North Sea Port as a CO2 hub

This carbon capture, transport and storage infrastructure is very important for CO2-intensive industries to eliminate their CO2 emissions, especially in sectors with processes that inherently generate CO2 emissions.

North Sea Port is home to energy-intensive industry with a significant CO2 footprint. The port is working with businesses to reduce CO2 emissions. As a first step, carbon capture and storage (CCS) is being expanded. The necessary infrastructure needs to be developed to develop and scale up Carbon Capture Utilisation and Storage (CCUS) activities within North Sea Port further, which will confirm the port’s position as a CCUS hub. From that perspective, the open-access CO2 terminal of Ghent Carbon Hub is a crucial building block in the transition to future-proof industry and a climate-neutral port by 2050.

In particular, ArcelorMittal Belgium plans to develop several decarbonisation initiatives. Aside from the continuous improvements in energy efficiency, two routes are being developed to decarbonise steel production: Smart Carbon and Innovative DRI. Both of these routes will contribute to the transition to carbon-neutral steel production. The Smart Carbon route makes it possible to integrate carbon capture and utilisation (CCU) or storage (CCS) technologies.

The project will draw on Fluxys’ vast experience in both pipeline transport and terminal operations. Fluxys plans to capture CO2 at the companies and transport it safely with CO2 pipelines to either an export facility, where it will be liquefied and transported to a storage facility, or to a place where it will be utilised. Ghent Carbon Hub is one of the projects in which Fluxys is involved to offer exit points from its CO2 backbone to CO2 sequestration: Antwerp@C (10 million tonnes per year) and offshore trunkline in Zeebrugge (20 to 40 million tonnes per year). After all, it will take more than just one project to meet the European targets for zero CO2 emissions. These projects and a robust CO2 network will provide sufficient CO2 export capacity for businesses, not only in Belgium but also in neighbouring countries.

Pascal De Buck, CEO of Fluxys: “We're very pleased with the European support for this CO2 infrastructure project with ArcelorMittal Belgium and North Sea Port. This project fits perfectly into Fluxys’ new strategy of developing infrastructure for CO2 transport, with our ambition to offer up to 30 million tonnes of annual CO2 transport capacity to the market by 2030. Together with our partners, we look forward to developing a well-functioning multimodal CO2 export platform that will contribute to efficient decarbonisation of Belgian industry.”

Manfred Van Vlierberghe, CEO of ArcelorMittal Belgium: “ArcelorMittal Belgium aims to reduce CO2 emissions by 35% from 2018 levels by 2030, and has the ambition of becoming climate neutral by 2050. The combination of a new Direct Reduced Iron (DRI) plant alongside a sustainable, state-of-the-art blast furnace makes it possible to create unique synergies in ArcelorMittal Belgium’s roadmap to climate-neutral steel production. ArcelorMittal Belgium also focuses on CCS, with Ghent Carbon Hub as an essential building block in the full CO2 value chain from capture to sequestration. We’re developing this solution together with Fluxys and North Sea Port to achieve our ambitious climate goals.”

Daan Schalck, CEO of North Sea Port: “The industrial cluster in North Sea Port is responsible for a large CO2 footprint, and it’s time to move towards a climate-neutral economy. Ghent Carbon Hub holds the key to leverage this shift towards carbon neutrality and to create a fully-fledged Carbon Capture Utilisation and Storage (CCUS) ecosystem at North Sea Port. So we’re very pleased that the European Commission is supporting the studies for the multimodal CO2 infrastructure project we’re developing together with Fluxys and ArcelorMittal Belgium.” 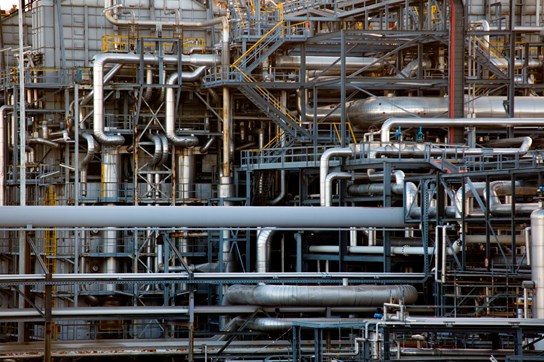