Volvo Trucks is entering a new era after the summer, when the manufacturer will start producing battery packs for electric HGVs at its assembly plant in Ghent. This will create 50 jobs and further anchor an important industrial activity within North Sea Port.

In the initial phase, Volvo Trucks will assemble around 30,000 battery packs a year in Ghent, creating fifty new jobs. An electric HGV requires up to six of these packs, each weighing about 500 kilos. Production will begin after the summer holidays in a specially converted 3,600 m² factory facility which has a 1,800 m³ canopy. The components and battery cells themselves will not be manufactured in Ghent but will be supplied by Samsung.

The Ghent plant will also produce these battery packs for the group’s foreign plants. Volvo Trucks chose Ghent as its assembly site because of its central location within Europe and the multimodal transport options centred on the port. To this end, the Swedish parent company has invested €17 million in Ghent, its largest production facility, once again confirming its key role within the group. Volvo Trucks Gent has been supplying other factories with fully finished wheels for years.

The first electric HGVs will roll off the assembly line in Ghent next year. Until then, the packs will be shipped to the factory in Sweden. But by 2030, Volvo Trucks aims to generate 50% of sales from electric HGVs. By 2040, production will also be completely carbon-neutral. That sustainability aim fits perfectly with North Sea Port's own objective of evolving into a climate-neutral port.

North Sea Port has made automotive one of the seven spearhead sectors in its strategic plan. The Volvo Trucks and Volvo Cars assembly plants in Ghent are the heavyweights in this segment on the industrial side. They not only generate considerable flows of components and finished products and therefore a great deal of logistical activity, but also more than 10,000 direct jobs and considerable added value. Added to that is the indirect employment with suppliers and logistics service providers.

The cross-border port is also an important European hub for other brands, including Ro-Ro lines connecting North Sea Port with Scandinavia and the United Kingdom, a rail link to China and major distribution operations for companies such as Honda. 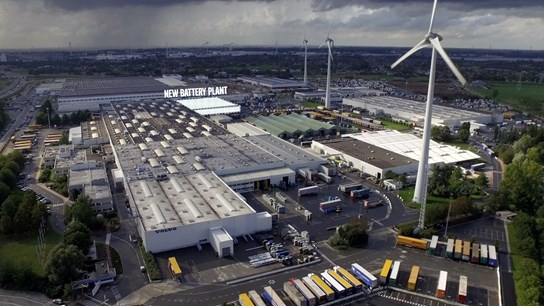