On Wednesday 31 March, Ørsted presented 'SeaH2Land', their ambitious vision for a Gigawatt-scale sustainable hydrogen plant. In other words, how a North Sea Port cross-border pipeline will connect the large industrial demand for hydrogen with the sustainable production of hydrogen.

North Sea Port major industrial companies ArcelorMittal, Yara, Dow Benelux and Zeeland Refinery support the SeaH2Land vision and the development of the regional infrastructure that it requires. The aim is to use sustainable hydrogen to make the production of steel, ammonia, ethylene and fuels more sustainable. In doing so, these companies in the Netherlands, Belgium and Flanders are reducing CO2 emissions by 2030 and beyond in a major contribution to the European Green Deal. This fits in well with the Dutch ambition to accelerate the rollout of offshore wind farms in connection with the growing demand for electricity. The wind farm can be built in an already designated area in the Dutch Exclusive Economic Zone.

Major industrial players (united in Smart Delta Resources (SDR)) are working together with the grid managers to develop a regional, open-access pipeline network of approximately 45 kilometres, from Flushing in the Netherlands to Ghent in Belgium.

According to their plan, the hydrogen plant will be linked to this regional hydrogen network. This will connect the large-scale consumption and production of hydrogen. Yara (in consortium with Ørsted) and Zeeland Refinery have announced that they will produce sustainable hydrogen at their factory sites. Dow has been exporting hydrogen to Yara since 2018 through the first gas pipeline converted for hydrogen. In the short term the network is to be extended to ArcelorMittal and further north, under the Westerschelde, to Zeeland Refinery. This will create a unique system for the exchange of sustainable hydrogen.

The first phase of SeaH2Land (electrolysis capacity 500 MW) can be developed as soon as the regulatory framework is in place and the intended regional hydrogen network is completed. The second phase (an upscaling to 1 GW) depends on the connection to the national hydrogen infrastructure.

The cluster also wants to expand the 380kV high-voltage network to meet the electrification needs of industries south of the Westerschelde estuary. It will see the realisation of GW-scale electrolysis and offshore wind power installed on both sides of the Westerschelde. This will make the region an even more important energy hub.

If the project is realised, Ørsted (global leader in offshore wind) will develop the offshore wind farm and the electrolyser. North Sea Port and Smart Delta Resources are taking the lead in developing the regional infrastructure. They will work closely with the grid managers, supported by the provinces of Zeeland and East Flanders. 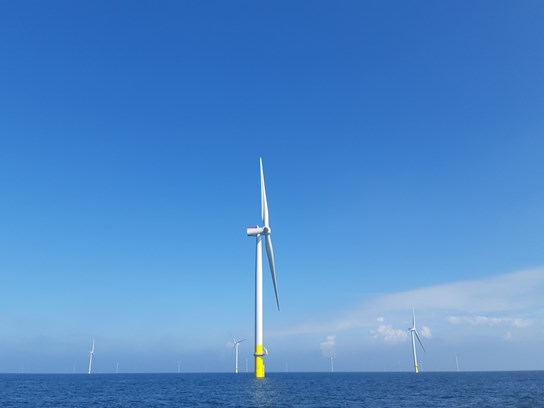