Large quantities of green hydrogen, sustainable electricity and the replacement or construction of a substantial number of pipelines in North Sea Port are the main recommendations of the CUST (Clean Underground Sustainable Transport) project.

A study has been carried out in the cross-border port area of North Sea Port into the possible rollout of a large-scale pipeline infrastructure for transporting CO2, hydrogen, synthetic naphtha and heat. These pipelines will be important for reducing annual CO2 emissions in the port area by almost 22 million tonnes over the next 5 to 30 years, and for making the transition to climate-neutral industry by 2050, in line with the objectives of the Paris climate agreement. The study sets out a number of recommendations to achieve this.

In order to reduce emissions of CO2, it is necessary for companies to capture and use the gas as a raw material (Carbon Capture and Utilisation (CCU)). Getting the CO2 to its destination will require the construction of pipeline infrastructure. CCU is not immediately feasible in all the various scenarios: as a transitional measure, the capture and storage of CO2 will be required (Carbon Capture and Storage (CCS)). The study is very clear about this.

Limiting the capture of and storage of CO2 (CCS) to several million tonnes will require significant investment in the production of green hydrogen using electricity – up to 200 kilotons by 2030 and an exponential growth thereafter. This green hydrogen will be used to replace current hydrogen consumption (derived from fossil fuels) and for innovative new production processes. An important example of this is the Steel2Chemicals project, in which residual gases from the ArcelorMittal steel plant are used as feedstock by the chemical company Dow Chemical.

In order to produce this green hydrogen, large quantities of renewable electricity will also be needed. The same goes for the replacement of natural gas by electricity for generating heat. The required increase is equivalent to the offshore production of 2.7 GW by 2030. Compared to the current electricity demand from the industry in North Sea Port, that means at least a quadrupling by 2030, with further growth thereafter. The electricity grid will need to be upgraded, particularly in the Ghent-Terneuzen Canal Zone. The connection of Dutch offshore wind farms with the port area is important in order to ensure that sufficient renewable electricity is available. In order to meet the increased demand for hydrogen, hydrogen will also have to be imported in the long term.

Pipeline infrastructure within and outside the port area

There are already many pipelines in the port area. While some of them can be reused, in many cases new ones will need to be laid. However, many of the existing routes can be used. The cost of the network required for transporting CO2 and hydrogen within North Sea Port is estimated at €110 million.

This network must also include connections beyond the port area, initially for CO2 transport. The cost of this is estimated at €95 to €130 million. The actual cost will depend on the timing and cooperation with the partner ports of Antwerp and Rotterdam.

In order to achieve a cross-border pipeline network, cooperation will be necessary – on the one hand between public authorities on either side of the border to facilitate the routes in planning and legal terms. On the other hand, a consortium needs to be formed between industry, network operators, governments and North Sea Port. The Smart Delta Resources platform will play a key role in this.

The study on pipeline infrastructure – the 'Clean Underground Sustainable Transport' project, or CUST for short – is a joint initiative by North Sea Port, the city of Ghent, Smart Delta Resources (Dutch and Flemish energy and raw materials-intensive companies seeking to achieve CO2 neutral industry by 2050), the East Flanders Provincial Development Company, the province of Zeeland and the Ministries of Economic Affairs and Climate Policy (EZK) and Infrastructure and Water Management (I&W) in the Netherlands. 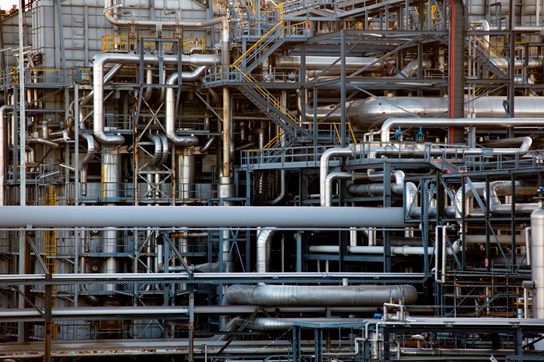