The shore-side power units allow inland waterway vessels to shut down their diesel engines and to take electricity from the shore instead. By doing so, the vessel is ensuring better air quality in the port and the surrounding areas, as well as reducing CO2 and dust emissions, and noise.

Use on inland waterway shipping

That is why North Sea Port decided to join CLINSH (Clean Inland Shipping). Partners from the Netherlands, Belgium, Germany and the United Kingdom are working together to improve air quality in urban areas by reducing air emissions in inland waterway shipping. This is in keeping with the ‘Declaration of Nijmegen’, which North Sea Port, along with the Dutch Minister of Infrastructure and Water Management and the inland waterway shipping sector, signed on 12 April 2018. North Sea Port is also responding to the call in Flanders, the Netherlands, Belgium and elsewhere in Europe to do more to improve the climate.

The Parkline website shows where the shore-based power units are located. 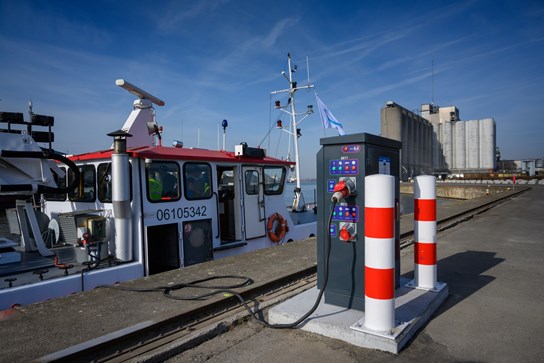