Ørsted has completed the construction of its offshore wind farm Borssele 1&2, the largest in the Netherlands. The Danish group is monitoring the entire project from its base in Vlissingen in North Sea Port.

Ørsted completed the construction phase of this large-scale green energy project safely and on time, despite the COVID-19 pandemic, reports CEO Henrik Poulsen. The wind farm will be operational before the end of the year.

Second-largest wind farm in the world

Borssele 1&2 lies 22 kilometres off the coast of Zeeland and covers an area of 112 square kilometres. Work began in January 2020 with the installation of the first foundations at depths ranging from 14 to almost 40 metres. The first monopile was also the largest in the series: 1,188 tons in weight, 76 metres long and with a diameter of 8.5 metres at the base.

From April, the turbines were brought in from Denmark and placed on top of the pylons. The 25th Borssele 1&2 turbine was also Ørsted's 1,500th since the construction of its first offshore wind farm in 1991.

Vlissingen provides base of operations

The Danish group monitored the entire project from Vlissingen. North Sea Port will also be the hub for the management and maintenance of the new wind farm. Ørsted had good reasons for establishing its own base there. North Sea Port in Vlissingen has an excellent infrastructure for this type of project and is ideally located for access to the North Sea. Top companies and research institutes in and around the port offer know-how and experience in offshore wind energy.

Companies like Ørsted enjoy support from the port. As part of the energy transition, North Sea Port and numerous companies are focusing on reducing CO2 emissions in Zeeland and the port area of North Sea Port. Generating green electricity from offshore wind is fully in line with the energy and climate transition to which North Sea Port is strongly committed. There are dozens land-based wind turbines throughout the port area and their number is increasing. In addition, two of the largest solar parks in the Netherlands and Belgium are located within North Sea Port and there are more and more projects in the pipeline for environmentally and climate-friendly fuels such as hydrogen and the capture, storage and reuse of CO2. 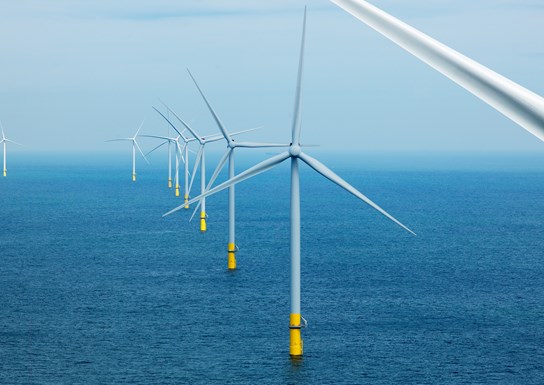