Over the first 9 months of this year, the North Sea Port companies recorded a volume of 54 million tonnes sea freight transhipment, almost 2% more than in the same period last year. If this growth continues for the remaining three months, the merged port may well end this year at a new record high.

Sea cargo transhipment increased by 1 million tonnes (+ 1.7%) compared to the first nine months of 2018 and amounts to a total of 54 million tonnes. This is a new record high for this period.

As a result, the port will probably reach a record for the fourth year in a row. The mark of 70 million tonnes of sea freight transhipment was first exceeded in 2018, and it now appears that the year 2019 will see over 71 million tonnes.

Growth in dry bulk and containers

In the third quarter of 2019 (17.4 million tonnes), maritime transhipment increased by 1% compared to the same period last year. This third quarter is in line with the recent stronger quarters.

At the beginning of this year, North Sea Port was modestly optimistic. We still are after nine months. The port still has a high demand for location options and sea freight transhipment is increasing in some sectors. However, growth has slowed down in the second half of the year. An imminent Brexit and a shrinking economic growth continue to demand a cautious approach. 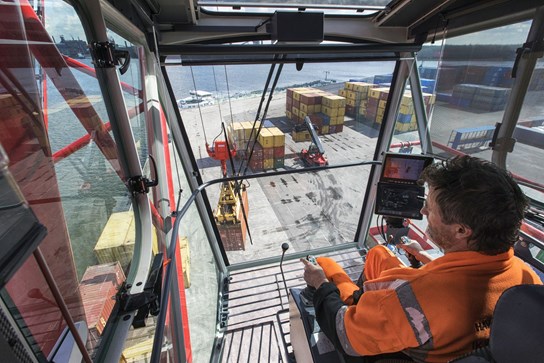