The European Commission will extend the rail freight corridor between the North Sea and the Baltic Sea to the Ghent-Terneuzen Canal Zone. The Commission responded to the request from North Sea Port. It strenghtens the role of North Sea Port as a European top port and its ambitions as a rail port.

North Sea Port was already part of the 'Rail Freight Corridor Rhine-Alpine' (between the Rhine basin and the Alpine region) and 'North Sea-Mediterranean' (between the North Sea and the Mediterranean). ‘North Sea-Baltic' is now added. This corridor runs from Belgium and the Netherlands via Germany, Poland, Lithuania and Latvia to Estonia. In Poland the corridor connects to the Chinese Silk Road.

The accession to this third corridor is good news for the port and the port companies. By developing these main axes, Europe wants to boost freight transport by rail as an alternative to road transport. Infrastructure projects in the corridor have a better chance of receiving European support. They may also move up the agenda of infrastructure managers such as ProRail in the Netherlands and Infrabel in Belgium.

Shippers and rail operators can now more easily obtain capacity or train paths to run trains on that route. They are playing at European level. This will open up new economic opportunities for them. Multiple terminals and companies within North Sea Port are directly connected to the railway network and make intensive use of it to transport goods. After all, the port area lies at the crossroads of the European railways (up to China).

As a port, North Sea Port is strongly committed to rail transport. Every year, 7 to 8 million tonnes of cargo enter or leave the port by rail. That is 10% of the goods transport between the port and the hinterland. There are more than 300 trains every week in the port area.

North Sea Port has the ambition to increase this share even further. This is in line with the strategy of sustainability and greening. Together with companies and a lot of partners, the port is actively working on perfecting the line between Flushing and Antwerp and between Terneuzen and Zelzate, tackling a number of bottlenecks on the track in the port area and using railway line 204 for passenger transport between Ghent-Dampoort and Zelzate. 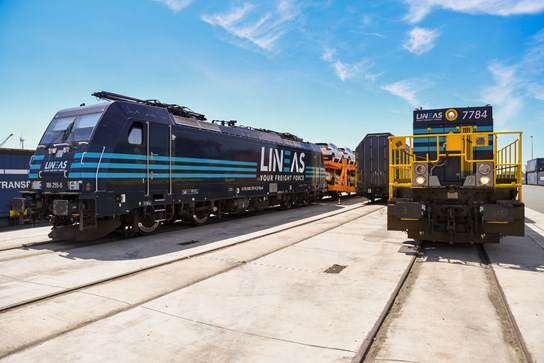