North Sea Port is bracing for Britain's exit from the European Union at the end of this month. Together with many partners, North Sea Port has paved the way for companies in the port to make the transition as smooth as possible.

The fog over EU-UK relations after 31 December has still not lifted. There is much at stake for North Sea Port, too. Great Britain ranks high among the port's most important trading partners. Last year it stood at third in the rankings, accounting for 9% of the 71.5 million tons of maritime cargo transhipped there, with the transhipment of dry and liquid bulk (more than 60% of the total, for example fertilisers, sand and liquid petroleum products), cars and steel playing an important role.

It goes without saying that no one wants to see serious disruption of relations with one of Europe’s biggest economies. However, it remains to be seen exactly which rules will be in force for imports from and exports to Great Britain from 1 January 2021.

Finger on the pulse

In the long run-up to brexit – the British voted to go their own way in 2016 – North Sea Port has done a lot to pave the way for companies in the port to make the transition as smooth as possible.

"North Sea Port has been supporting the business world in preparing for brexit for some time with various initiatives, both in the Netherlands and in Belgium”, says CEO Daan Schalck. “We are facilitating firms’ contacts with the relevant authorities, such as customs. We are lobbying for legislative measures designed to mitigate the possible negative impact. We are organising round-table discussions aimed at informing all the parties involved. We are pointing companies in the direction of providers who can train staff in preparation for Brexit. And by consulting with professional federations, we are keeping our finger on the pulse of what matters to companies. They know they can put their questions to us."

On the brexit page of the North Sea Port website, companies can check whether they are ‘brexit-proof’ with the help of the 'brexit impact scan'. A questionnaire helps them catalogue everything they need to think about. The online tool provides advice and information and is constantly updated.

For general information about brexit, help with preparations or referrals to direct contact persons at the relevant authorities, get in touch with our ‘Brexit desk’ at brexit@northseaport.com

After 1 January 2021, it will be important to ensure that the correct formalities are completed on time and correctly, and that the associated information flow about terminals, vessels, sea voyages and cargo is smooth and efficient.

North Sea Port has therefore linked its own port information system ENIGMA+ to other data-sharing platforms that support these processes electronically. This will offer port users additional flexibility, transparency and security and help avoid goods flows coming to a standstill. In this way, North Sea Port, together with the companies, is making sure existing connections with Great Britain continue to operate smoothly.

In the context of brexit, North Sea Port holds a number of trump cards. Located on the main axis for trade with Great Britain, the port is an important link in several European transport corridors and, as a multimodal hub, is able to transport goods to and from the entire European hinterland by road, water, rail and even pipeline. As a logistics hub, North Sea Port also offers a range of services that streamline the supply chains of customers and port users – all this at a short distance from the British market, but away from the shorter cross-Channel routes where the greatest disruption from Brexit is expected.

It is therefore quite possible that goods flows will be diverted to North Sea Port, which also has its own direct scheduled services to Great Britain.

North Sea Port is ready to respond to this trend. Because brexit also offers opportunities. 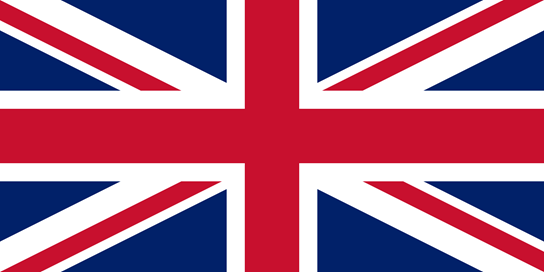