North Sea Port and the Port of Gothenburg have signed an agreement to work closely together. Setting up a network of medium-sized European ports and working on energy management in the ports are central to this.

As ports, the Dutch-Belgian North Sea Port and the Swedish Port of Gothenburg have certain things in common. There is, among other things, the link with the Volvo Car factories that are located in both ports. And daily ro/ro ships from DFDS sail between Gothenburg and Ghent.

North Sea Port is the number ten in Europe when it comes to cargo transhipment by sea. The Port of Gothenburg is the largest port in Scandinavia. On the strength of this wealth of experience, the two ports will jointly launch the creation of a network of medium-sized European ports. They want to exchange knowledge between similar ports and investigate further cooperation between them.

The ports also want to reinforce their commercial interests and support the flow of goods between the two ports. They also want to share knowledge and good examples in the field of energy management in the port. This concerns the introduction of renewable energy sources, environmental management and sustainable port management. To this end, research into further digitisation will be carried out. In this context, the ports will exchange employees in the future.

Finally, the ports are also looking into whether they can jointly submit projects for European financing in the field of sustainability, energy transition, digitisation and the European transport network.

The agreement was signed during a visit by North Sea Port to the Port of Gothenburg on Wednesday 20 April. The partnership will be valid for five years.

Daan Schalck, North Sea Port CEO: "A collaboration between two medium-sized seaports is quite unusual. I look forward to strengthening our commercial interests to further embed employment in our ports and to establishing a network of similar European ports."

Elvir Dzanic, Gothenburg Port Authority CEO: “We have a long and fruitful relationship with North Sea Port since many years, with daily traffic connecting the ports. We are very happy to expand this relationship further, which I’m sure will make us more competitive as a port. And most importantly, it will benefit Swedish industry.”

North Sea Port is the 60-kilometer-long cross-border port area that extends from Vlissingen in the Netherlands on the North Sea, to Terneuzen and then to Ghent, 32 km inland in Belgium. As a centrally located hub in Western Europe, the port is suitable for multimodal transport (sea shipping, inland shipping, rail, truck and pipeline) and a multitude of types of goods.
North Sea Port is the number three of the European ports with 12.5 billion euros in added value. In terms of cargo transhipment, it ranks tenth among the ports in Europe with 69 million tonnes. The port area has 550 companies and creates direct and indirect employment for 100,000 people.

About Port of Gothenburg 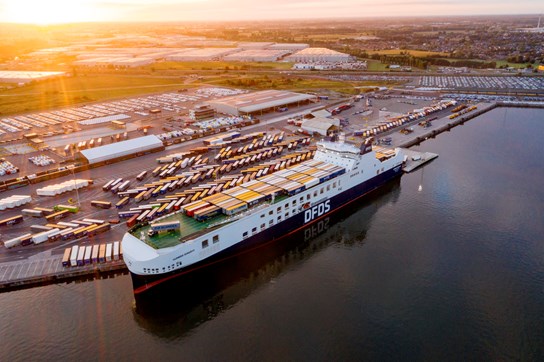