The services between the Port of Gothenburg and North Sea Port (Ghent) have been a key route for Swedish and Belgian industry and food supplies. The route will become a green corridor, as the port authorities have come together, aiming toward using alternative fuels for seagoing vessels by 2025.

“Traffic between Gothenburg and Ghent in North Sea Port has been at the heart of Scandinavia’s trade with Central Europe since the early 90’s. Its significance just keeps on growing these are major volumes of goods that will now get a significantly reduced climate footprint,” says Elvir Dzanic, CEO at the Gothenburg Port Authority.

Promoting the climate transition of the shipping industry

A “green corridor” can be defined in different ways, but put briefly – and according to the Clydebank Declaration established at the COP26 climate summit – it means that a shipping route between two ports is served by green marine transport operations. The Clydebank Declaration was signed by Sweden, Belgium and 30 other countries during COP26, and states that the countries in question shall promote the climate transition of the shipping industry by supporting and encouraging green shipping corridors.

The Port of Gothenburg and North Sea Port are making necessary adaptations to infrastructure, including sustainable fuels bunkering operating regulations, and by increasing discounts on port dues for ships using cleaner fuels through their respective environmental discount systems.

Daan Schalck CEO North Sea Port: “North Sea Port has expressed in its strategic plan 'Connect 2025' the intention, together with the companies based in the port, to reduce CO2 emissions in the port area and to be a carbon neutral port in 2050. The green corridor between North Sea Port and Port of Gothenburg is an initiative to achieve these goal. North Sea Port is committed to create this green corridor by giving discount on port dues for green vessels, by realizing an alternative fuels value chain with local production, import and storage of green fuels, and by facilitating bunkering regulations.”

Vincent Van Quickenborne, Belgian Deputy Prime Minister and Minister of the North Sea: “Belgium has been playing a pioneering international role in reducing sulphur and nitrogen emissions from ships for many years. Achieving reductions in ship emissions takes time and ambition. Less than a year ago at the COP26 in Glasgow, I signed the Clydebank Declaration with Sweden and 22 more countries. Today we have a global first with the world's first green corridor between North Sea Port in Ghent and the port of Gothenburg in Sweden. As shipping will increasingly switch to alternative fuels such as methanol, the availability of these fuels and technologies will increase and also offer solutions for smaller ships.”

The Port of Gothenburg is also already providing on shore power supply (OPS) at multiple terminals in the port, including for ships that serve Belgium. With OPS, ships do not need to keep their auxiliary engines running while they are in port, enabling zero emissions by the quayside. 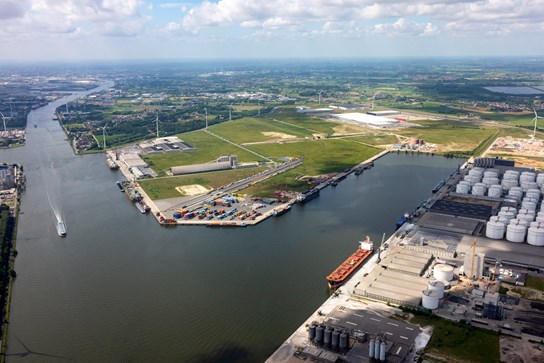