The management of the cross-border port North Sea Port SE (the holding) modifies on 1 September 2020. The management structure will be simplified, the port’s decisiveness will expand and the number of managers increases from two to four.

As announced before, CEO Jan Lagasse indicated to leave North Sea Port on 1 September 2020. From then onwards, the company will be managed by the other CEO Daan Schalck.
In this past period, the supervisory body - that exercises control of the most important decisions – together with CEO Daan Schalck traced out the future management and administration. The port authority has simplified its management structure in order to increase decisiveness, create more commitment and realize an improved decision process. It is within this framework that the number of managers is increased from two to four people.

From the start of the merger (on 1 January 2018) a promise was made to the staff members that there would be development opportunities within the merged company. Consequently, the search for suitable candidates was conducted internally.

After having completed the procedure, the supervisory body appointed the following people as managers, in addition to CEO Daan Schalck:

The supervisory body opted for a balanced composition of the management, taking into account different aspects such as competences, gender and a balance as to representation from both branches of the company. The employees council (SE-OR) advised favourably on this procedure and on the candidates.

Within the framework of the unity of leadership and personal union, the new managers will also be appointed as managers of both ‘subsidiaries’ of North Sea Port: North Sea Port Netherlands plc and North Sea Port Flanders limited liability company under public law.

North Sea Port is the 60-kilometres-long cross-border port area that stretches over 9,100 hectares (18,000 football pitches) from the Dutch port of Vlissingen at the North Sea, over Terneuzen up to Ghent - 32 kilometres inland in Belgium. As a centrally located hub in Western Europe, multimodality (seagoing and inland navigation, rail, truck and pipeline transport) and a wide variety of types of goods are its chief concerns. With 14.5 billion euros of added value, North Sea Port is the number three of European ports. As for cargo transhipment, with 71.5 million tonnes, it ranks eighth among the ports of Europe. The port area creates employment for almost 100,000 people in 525 companies. 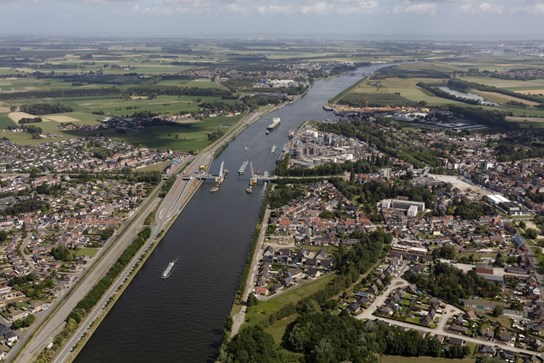