Major companies and NGOs call for greater cooperation between the Netherlands, Belgium and Germany: "Only by working across borders will we make green industry happen"

In an open letter, companies including North Sea Port, Bellona Europa, the Port of Rotterdam, Gasunie, Smart Delta Resources, ArcelorMittal, BASF Antwerp and Fluxys are calling on the Dutch, Belgian and German governments to work together more closely on making heavy industry climate-friendly.

"Cross-border infrastructure is essential to meeting climate goals”, says the special coalition. It emphasises the need for a shared vision for the capture and permanent storage of CO2 emissions.

No fewer than 18% of European emissions come from the production of basic materials such as cement, steel and chemicals. Much of the production of these materials takes place in the industrial cluster spanning the Netherlands, Belgium and North Rhine-Westphalia. The cluster provides thousands of jobs and makes products that are key to achieving the green transition, such as steel and concrete for wind turbines. In order to perform their role within society and combat climate change, these companies need to commit themselves to the European climate goals. At the same time, European and national governments must provide industry with the necessary infrastructure.

Effectiveness depends on a mix of measures

The NGOs, companies and government agencies recognise that there is no single solution that can drastically reduce industry emissions in the coming decades but that instead a mix of measures is needed.

"We need to push for energy efficiency, circularity, industrial electrification with renewable energy from solar and wind, plus the capture and underground storage of CO2”, says Michelle Prins, industry policy expert at Natuur & Milieu. "An effective future plan for industry calls for action in all these areas, coupled with a financial strategy and the rollout of the necessary infrastructure."

Switching to green technologies is not yet feasible for all sectors. For this reason, carbon capture and underground storage is also needed, say the letter's signatories. The captured CO2 can then be transported to and permanently stored in the empty oil and gas fields under the North Sea.

Besides developing a concrete plan, the signatories also call for the elimination of legislative barriers and the establishment of links with other industry clusters in the interior of Germany or France.

Daan Schalck, CEO, North Sea Port: “In order to meet the climate targets in Europe, industries need to work together across borders to reduce CO2. Within the North Sea Port cross-border port cluster, we do so wherever possible. As a cross-border port, we know that takes dialogue. What we are jointly calling for today is a dialogue of this kind with and between governments on solutions that will include CCS. That way, we can move towards decarbonisation of industry one step at a time." 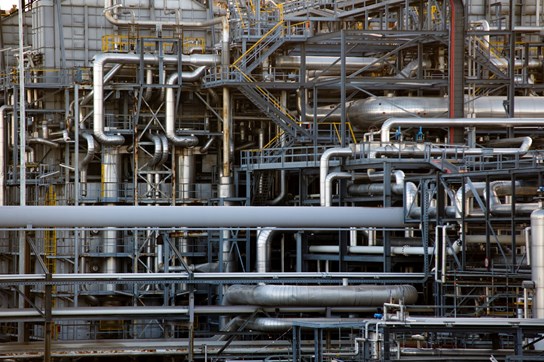