The transport of cargo to the hinterland by inland waterways has again risen year-on-year in North Sea Port. With an increase of 4%, this form of transport now accounts for a full 58%. This is the result of the second study conducted by the port among companies throughout the cross-border port area.

As a multimodal port, North Sea Port is focusing heavily on sustainable transport. This was the second time the cross-border Dutch/Flemish port has conducted research into the various transportation options used by companies to move goods to and from the hinterland.

The study revealed that 58% of goods are transported using inland waterways. This figure covers both the loading and unloading of inland navigation vessels and represents an increase of no less than 4% in a single year. “This rewards our commitment to growth towards sustainable modes of transport with a solid position among Europe’s leading seaports", says Daan Schalck, CEO of North Sea Port. At the same time, the share of road transport has fallen to 28% (-2%).Rail saw a rise of 1%, taking its share to 10%.Transferring cargo from one vessel to another vessel or mode of transport – otherwise known as transhipment – accounts for 4% (-3%).

Transport by inland waterway will increase further with the completion of the Seine-Scheldt project, which will allow inland waterway vessels with a cargo capacity of up to 4,500 tons to travel as far as Paris.
As regards developments on the railways, the port, along with various companies and a significant number of partners, continues to actively push for a railway line between Vlissingen and Antwerp, between Terneuzen and Zelzate, tackling a number of bottlenecks on the track in the port area, and using railway line no. 204 for passenger transport between Ghent-Dampoort and Zelzate. 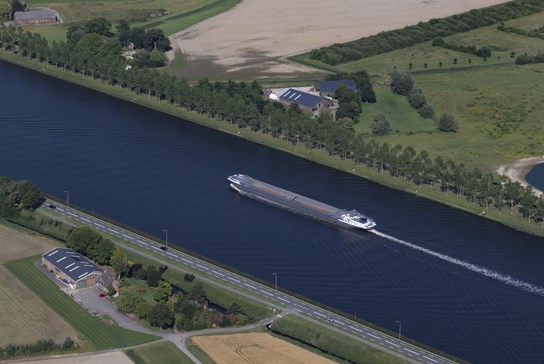