Within North Sea Port, more and more containers are shifting from road to water. Gadot Belgium will in future also be relying on inland navigation for the transport of its containers from Ghent to Antwerp. To this end, the chemical company is working closely with its neighbour DFDS.

Gadot Belgium offers chemical producers a wide range of industrial services and logistics solutions. The company on the ship canal to Terneuzen is enjoying rapid expansion. Last year it increased its tank storage capacity to 100,000 m³ and invested 2 million euros in new filling lines. By doing so, Gadot is continuing to build a 'chemical cluster'.

Gadot Belgium has just taken a new step in its quest to reduce its ecological footprint. Containers headed to Antwerp for overseas export no longer go by road but instead by water. This is significantly more environmentally friendly. The first shipment of ten containers was put on a barge at the end of August. For Gadot Belgium, this was a first.

Gadot has joined forces with DFDS, whose terminal is adjacent to its facilities. This makes the first stage in moving the goods extremely short, again resulting in fewer emissions. DFDS takes care of all customs, freight forwarding and transport matters.

The shortsea shipping company has thus gained a new customer for the inland shipping services it provides as an extension of its ro-ro service to and from the Swedish port of Gothenburg. This includes connections to the large container terminals in Antwerp. Gadot and DFDS are also exploring cooperation with regard to other logistics flows.

"When two companies in our port intensify their cooperation, that also strengthens North Sea Port as a whole. The fact that Gadot and DFDS are doing so via the waterways is a double win for us. With a share of 58%, inland navigation is already the most important hinterland transport mode for our port. And we can only welcome the further development of our role as a hub for inland shipping containers," says CEO Daan Schalck. 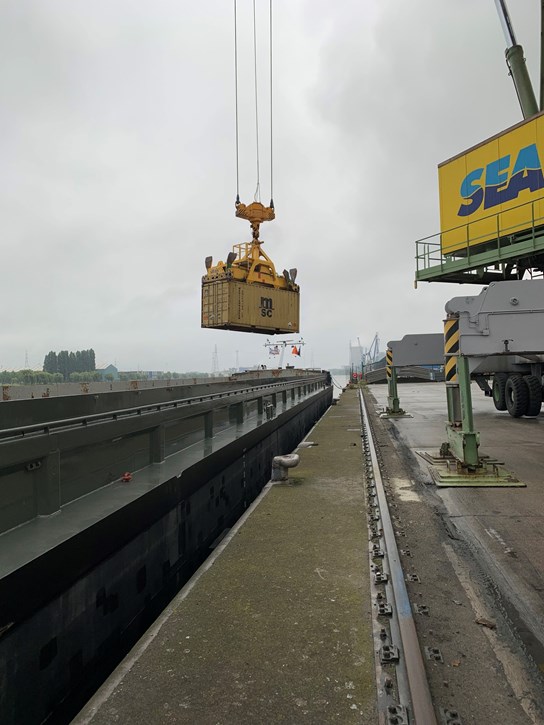