The energy companies Engie and Equinor want to develop the production of low carbon hydrogen from natural gas with their H2BE project in Belgium. They are launching a feasibility study into the technical and economic suitability of a location in Ghent in North Sea Port.

The H2BE project aims to produce hydrogen from natural gas using autothermal reforming technology (ATR) in combination with carbon capture and storage (CCS). ATR technology enables a reduction in CO2 emissions of more than 95%, raising the prospect of hydrogen production on a large scale. The intention is that the captured CO2 will be transported in liquid form and permanently and safely stored at a location beneath the North Sea near Norway.

In addition to commercial discussions with potential hydrogen customers, ENGIE and Equinor are also launching a feasibility study into the technical and economic suitability of a location in Ghent in North Sea Port. This is consistent with large scale use of hydrogen by industry in North Sea Port now and in the future. It could also tie in significantly with various infrastructure projects.

Discussions are underway with the port authority regarding integration with the port infrastructure. "The H2BE project fits into our strategic plan 'Connect 2025' because it will speed up the transition to climate neutrality and the development of the required hydrogen and CO2 infrastructure”, says Daan Schalck, CEO of North Sea Port. North Sea Port’s ambition is to be a hub in the European hydrogen network. The new production capacity could be part of the hydrogen infrastructure and pipeline network ('backbone') in the Ghent part of the port area and, in the event of expansion, of the hydrogen network across the Dutch border. It will serve to further secure existing industry and employment.

"The switch to low-CO2 hydrogen is necessary in order to be able to make the most energy-intensive clusters climate-neutral. The capture and storage of CO2 is a necessary intermediate step towards a CO2-neutral economy. The aim is to capture at least 3 million tons of CO2 for storage and reuse in North Sea Port by 2025", says Daan Schalck, CEO of North Sea Port.

The presence of the required hydrogen and CO2 infrastructure is crucial to the project’s success. Which is why ENGIE and Equinor have joined forces with Fluxys Belgium, the independent operator of the natural gas transport network in Belgium. By putting large volumes onto the market, the H2BE project could be significant for the development of the Fluxys 'open access hydrogen and CO2 infrastructure’, connecting supply and demand in the industrial clusters in Belgium and neighbouring countries.

The H2BE project is in line with the Belgian and Flemish hydrogen policy. This policy is focused on renewable hydrogen but also highlights the key role of low-carbon hydrogen in achieving targets for decarbonising the economy, and in rapidly launching a clean hydrogen market and infrastructure in the coming years.

All the partners want to get started well before 2030 in order to contribute to Belgium's interim target of making its economy climate-neutral by 2030. 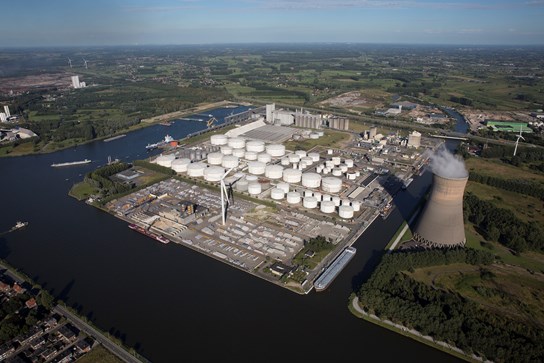