Danser Group experiences an enormous growth of its container volumes in the port area of North Sea Port. This year, Danser Group will have transported 200,000 TEU by inland vessels through the port.

Danser Group offers its customers liner services between North Sea Port (Vlissingen, Terneuzen, Westdorpe and Ghent) and the seaports of Antwerp and Rotterdam. In addition, Danser more and more frequently uses the Ghent part of North Sea Port as a hub for the services to the Walloon provinces in Belgium and to the North of France.

At this moment, the group offers some 20 departures a week via inland navigation and it is expected that this number will further increase in the coming year. “Despite the exceptional situation because of COVID-19, this year too we have grown strongly and we are consequently proud that we were able to reach this milestone now already. Of course, our gratitude goes to our customers and to partners such as the port authority that have actively supported us from the start”, says Ben Maelissa CEO of Danser Group.

“We see that the containerisation in inland navigation also continues in our port. North Sea Port is ideally located as a hub for the bundling of containers on the axis from Rotterdam over Antwerp, the Walloon provinces and the North of France. Owing to this modal shift, there will quickly be some 100,000 trucks less on the roads”, says Daan Schalck, CEO of North Sea Port.

Besides on volume growth, Danser Group also strongly focuses on digitalization and a further greening of its fleet. “This year, we see an acceleration of the digitalization around us end at our company. In addition, in our pursuit of zero-emissions, we aim at the use of biofuels as a next step. We have already implemented this on our own fleet in the meantime”, according to the Danser Group CEO.

Danser Group and North Sea Port are convinced that in and around North Sea Port there still is a lot of potential for the realization of a modal shift from road to inland navigation transport and they are happy to further put their backs into this matter. 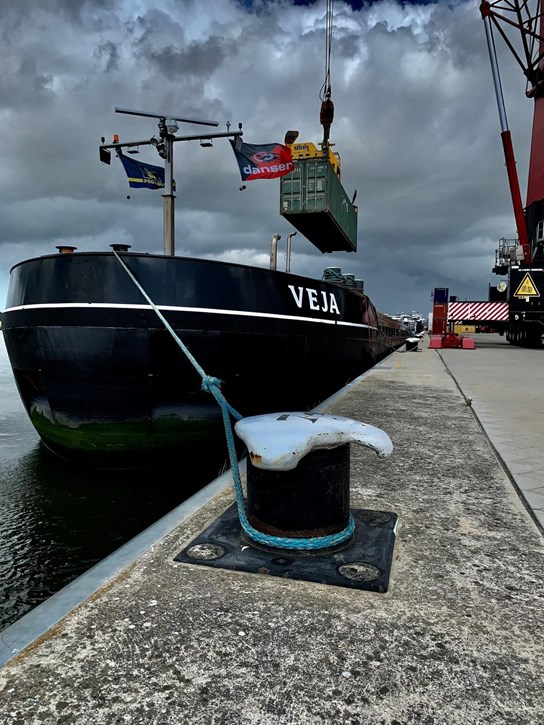