North Sea Port has quantified the impact of the coronavirus in the month of May: 23% less cargo transhipment and 33% fewer vessels. As expected, the effects of the coronavirus crisis are being seen over a full month for the first time.

Whereas the month of April displayed a mixed picture in terms of the consequences of the coronavirus crisis, the impact in the month of May has been severe. 691 seagoing vessels docked at North Sea Port in May, 21% (182) less than the same month in 2019. These seagoing vessels carried 5.3 million tonnes of goods in May 2020. Compared to May 2019, that represents a reduction of 23% (1.6 million tonnes, of which more than 1 million tonnes of liquid and dry bulk) – but May 2019 was a top month in a record year.

In May 2020, liquid bulk fell by 25% (470,000 tonnes), including petroleum and petroleum products. This was partly caused by maintenance outages in companies (which in some cases were brought forward). Dry bulk fell by 16.6% (570,000 tonnes), due among other things to a reduction in solid mineral fuels, coal and building materials. This reflects the fact that less steel was produced (due in part to lower demand from the automotive sector), less energy was required and many construction projects were delayed or even halted for a time. General cargo was down by a third (-34%, 360,000 tonnes). Ro-ro traffic fell by half (-53%, 170,000 tonnes), due in part to a reduction in vehicles (caused by continuing restrictions on transport to Great Britain and the temporary closure of a number of companies in the automotive sector). A small bright spot was the increase in container transhipment (3%).

3,257 inland vessels arrived in North Sea Port in May, 26% less than in the same month last year. Cargo transhipment to/from inland shipping fell by 28% in May (1.5 million tonnes) to 3.9 million tonnes.

North Sea Port expects the impact of the coronavirus crisis to continue to be felt in the coming months. 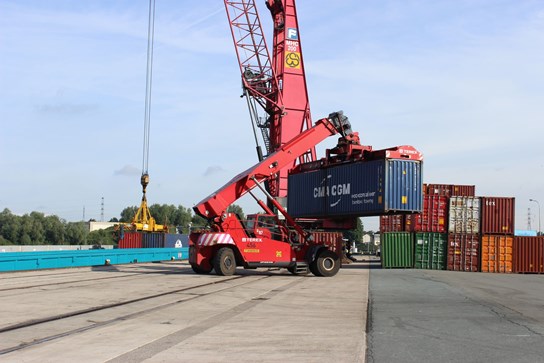