The Danish company Ørsted has begun the construction of the Borssele 1+2 wind farm. The first foundations of this wind farm off the Zeelandic coast have been completed.

The first monopile was the wind farm’s heaviest and longest, with a weight of 1,188 tonnes and a length of 76 metres. The bottom of the foundations has a diameter of 8.5 metres - wider than a football goal.

The Borssele 1+2 wind farm is being built 22 kilometres off the coast of Zeeland. In total, 94 monopile foundations will be built, with depths ranging from 14 to nearly 40 metres. In April, the installation of the 94 turbines on top of the piles will begin. The work appears to be well on schedule to meet the target of being operational by the end of this year.

The wind farm will have a capacity of 752 MW. This amount of green electricity corresponds to the consumption of one million households.

North Sea Port has excellent infrastructure for offshore wind energy in Vlissingen and a lot of experience with leading companies and research institutes. Ørsted will construct and maintain the Borssele 1+2 wind farm from the maintenance base in Vlissingen. 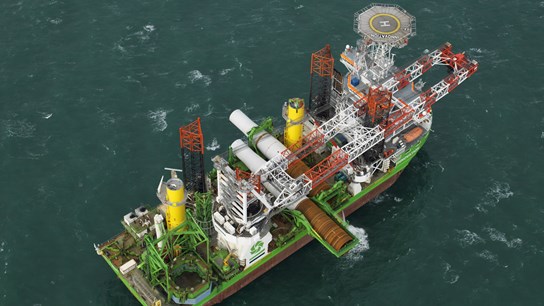