North Sea Port attracts more green investment. Cargill is pumping more than 125 million euros into the construction of a new factory at its Ghent site. It will use innovative technology to produce biodiesel from waste and residues. This represents a first in Europe.

North Sea Port is increasingly focusing on the circular economy and bio-based applications. "The expansion at Cargill ties in perfectly with our strategy”, says Daan Schalck, CEO of North Sea Port.

Cargill already produces biodiesel from oilseeds in Ghent at its subsidiary Bioro. This will be joined by a brand-new factory which represents a step forward in sustainability and circularity. It will be the first in Europe able to produce biodiesel from raw materials such as fatty acids resulting from the refining of vegetable oils, liquid residues from industrial processes and even fat from sewage sludge. Cargill is employing cutting-edge technology to this end.

In this way, the group is responding to new trends and regulations. "The new European directive puts the transition to advanced biofuels from waste and residues high on the agenda. There will be increasing demand for plants capable of processing more complex raw materials”, says Roger Janson, head of Agricultural Supply Chain.

It brings the completion of the cycle a little closer. "The plant uses recycled products that would previously have been discarded or used for low-value applications", points out Alexis Cazin, managing director of Cargill Biodiesel. The new biodiesel can be blended into fuel for trucks or ships.

The project represents an investment of $150 million, or over €125 million. The new factory will also create additional employment, about twenty jobs directly and sixty indirectly in the Ghent region.

Cargill is a major conglomerate active in many sectors including food and agricultural products, with 155,000 employees in 70 countries and customers in more than 125 countries. The group already has a presence in North Sea Port at Sas van Gent. Last year, it announced an investment of €20 million in the expansion of starch production there. Cargill is also a partner in North-CCU-Hub, the platform that is working towards a climate-neutral future for the port zone. 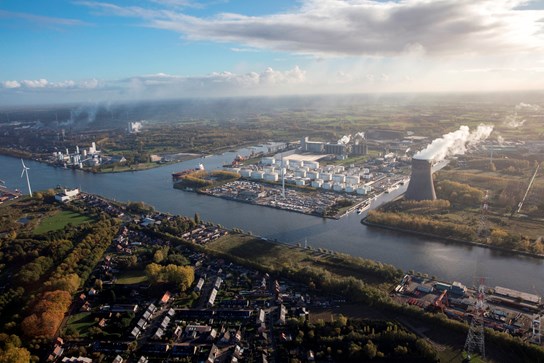