BCTN, the largest operator of inland container terminals in the Netherlands and Belgium, is adding North Sea Port to its network. The terminal operator will provide daily barge services to/from North Sea Port, so connecting it with the seaports of Rotterdam, Antwerp and Zeebrugge.

The result will be to bring the hinterland within even closer reach of North Sea Port for the transport of containers by barge.

The growing importance of North Sea Port in the transport of containers by inland waterways has not escaped BCTN's notice. With its terminals in the Netherlands and Belgium, the group plays a key role in container traffic between the major seaports and their hinterlands. "The fact that a company like BCTN is incorporating North Sea Port into its network sends an important signal", says CEO Daan Schalck.

"We are treating North Sea Port as an equal player with the other major seaports in the Netherlands and Belgium", emphasises Joop Mijland, Managing Director of BCTN. "That may help further encourage shipping companies, shippers and goods recipients to take cargo off the roads and put it onto barges. We are now the largest Dutch and Belgian inland terminals group, with terminals in Alblasserdam, Den Bosch, Nijmegen, Roermond and Venray in the Netherlands and Beringen, Geel and Meerhout in Belgium. We have daily connections between these terminals and Rotterdam, Antwerp and Zeebrugge. And we are now adding North Sea Port to that list."

"As a port, the presence of BCTN increases the number of destinations and connections we can offer via the inland waterway network. It also contributes to the bundling of cargo, reducing the ecological footprint of shipping movements and adding to the reasons for companies to choose North Sea Port", observes Daan Schalck.

North Sea Port is committed to providing sustainable transport solutions and facilitating the shift from road to inland waterways. Inland navigation already accounts for over half of freight traffic between the port and its hinterland, with container transport increasing rapidly. Inland navigation often takes the lead, although rail and sea are also playing their part. The number of barges serving the container terminals in Ghent, Terneuzen and Vlissingen is increasing. More and more port users are choosing inland waterways to move their containers from the port and so bypass congestion on the roads. 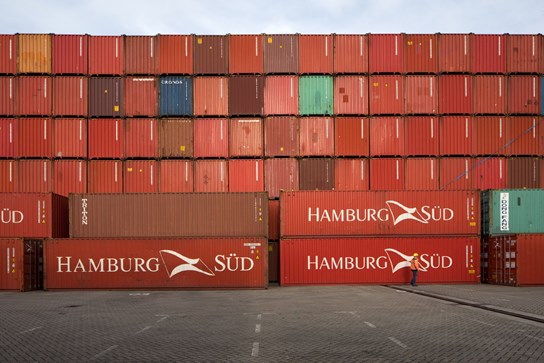