ArcelorMittal Belgium, in conjunction with the Province of East Flanders, the East Flanders Provincial Development Agency (POM), the Sint-Jan-Baptist Psychiatric Centre Zelzate and Zelzate municipality, is looking for a partner for the development of a residential and commercial heat network.

It concerns a residential and commercial heat network in or around North Sea Port.

On Friday 3 July, the Province of East Flanders and ArcelorMittal Belgium held a digital information event at which an invitation to tender was issued for the construction of a heat network. A heat network or district heating system is a network of pipes connected to a source of residual heat. Hospitals, sports infrastructure, schools and even entire neighbourhoods can be connected to the network for heating and hot water.

The heat network that ArcelorMittal wants to construct will supply residual heat from the production site in Gent to various internal consumers on the steel site itself as well as to potential consumers of heat in Zelzate municipality. The initial phase will involve investigating the creation of a heat network in the direction of the Sint-Jan-Baptist Zelzate psychiatric centre ("backbone heat network"). In the second phase, the possibility of extending the network to Zelzate will be examined, as well as a further expansion at the ArcelorMittal site and other opportunities.

During the information meeting held on Friday 3 July, the results of the study into transferring ArcelorMittal's residual heat to Sint-Jan-Baptist and Zelzate were explained. Additional information was also provided about the market survey that is being launched. ArcelorMittal hopes to select a project partner in early 2021. "ArcelorMittal Belgium is already a world leader in terms of energy efficiency and CO2 emissions. The company adheres to the Paris climate agreement. For every tonne of steel produced today, ArcelorMittal already generates 23% fewer emissions than in 1990, with the aim of being carbon neutral by 2050”, says the steel giant.

"ArcelorMittal Belgium has a passion for energy efficiency”, says Manfred Van Vlierberghe, CEO ArcelorMittal Belgium. "We are constantly investing and launching new projects in order to continue to play our pioneering role in the energy and climate transition, even during the difficult period in which we currently find ourselves. We are therefore pleased to announce our plans for the construction of a heat network today. We regard the construction of this heat network as a step in the concrete implementation of our sustainability strategy towards an ever more energy-efficient company and even climate neutrality by 2050."

CEO of North Sea Port Daan Schalck sees a role for the cross-border port in this quest: "North Sea Port plays the conductor’s role in the port zone in terms of energy transition. We are very happy to put this experience to use in helping to harness ArcelorMittal's residual heat, for example discussing opportunities for utilising residual heat with companies based here. In the future, North Sea Port will be able to offer residual heat as a key asset in attracting new investors."

ArcelorMittal Belgium employs 5,800 people at sites in Ghent (North Sea Port), Liège, Genk and Geel. Total direct and indirect employment is estimated at 13,000 jobs. The company produces high-grade steel for a wide range of applications in the automotive sector and other industrial sectors such as construction, white goods and packaging. 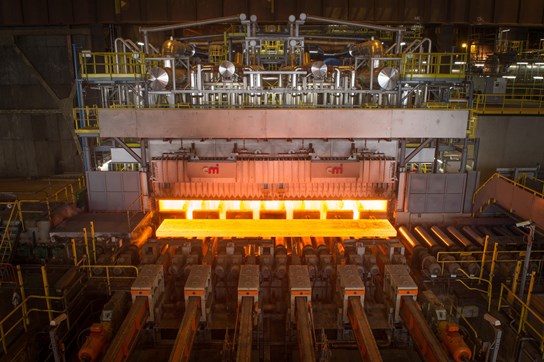